Director of IMC got an honorary doctorate degree in Lyon

On Tuesday, October 18, 2022, Jiří Kotek, director of IMC, got the title of Doctor Honoris Causa from National Institute of Applied Sciences in Lyon.

Doctor honoris causa is an honorary academic degree awarded to an important scientific personality for his contribution to a particular field or to society in general. The eminent laureate, who has received this degree from the National Institute of Applied Sciences in Lyon, is the director of the Institute of Macromolecular Chemistry Dr. Jiří Kotek. "Receiving an honorary degree from important French university is a great honor for me. I also appreciate the opportunity to lead the Institute of Macromolecular Chemistry for a second term and to act as the head of the European Polymer Federation," said Jiří Kotek.

Jiří Kotek studied materials engineering at the Faculty of Mechanical Engineering at the Czech Technical University in Prague. He has been working as the director of the Institute of Macromolecular Chemistry of the Czech Academy of Sciences since 2016. He specializes in studying the relationship between the mechanical behavior and the structure of polymer materials. He is the author or co-author of more than seventy publications. 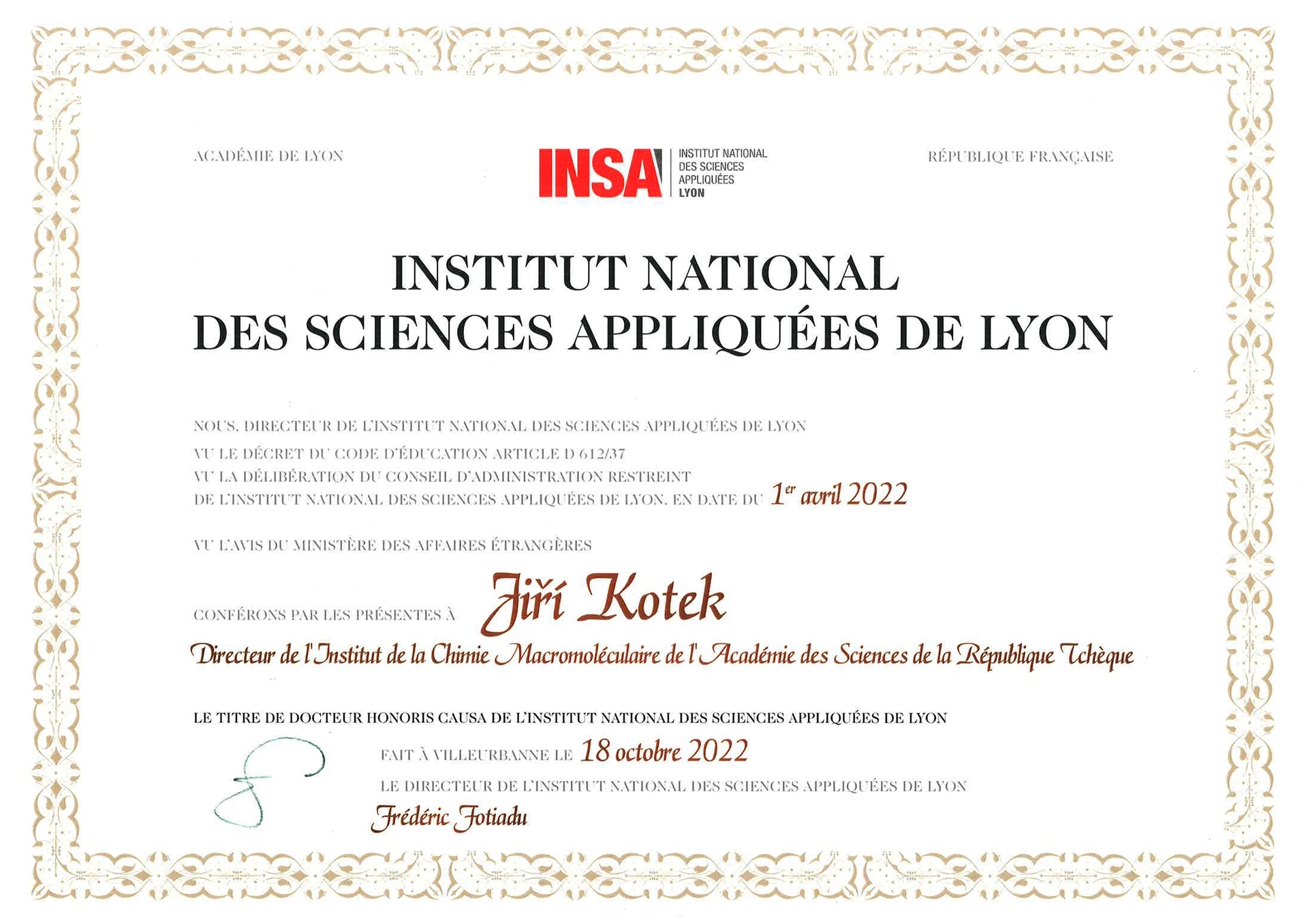 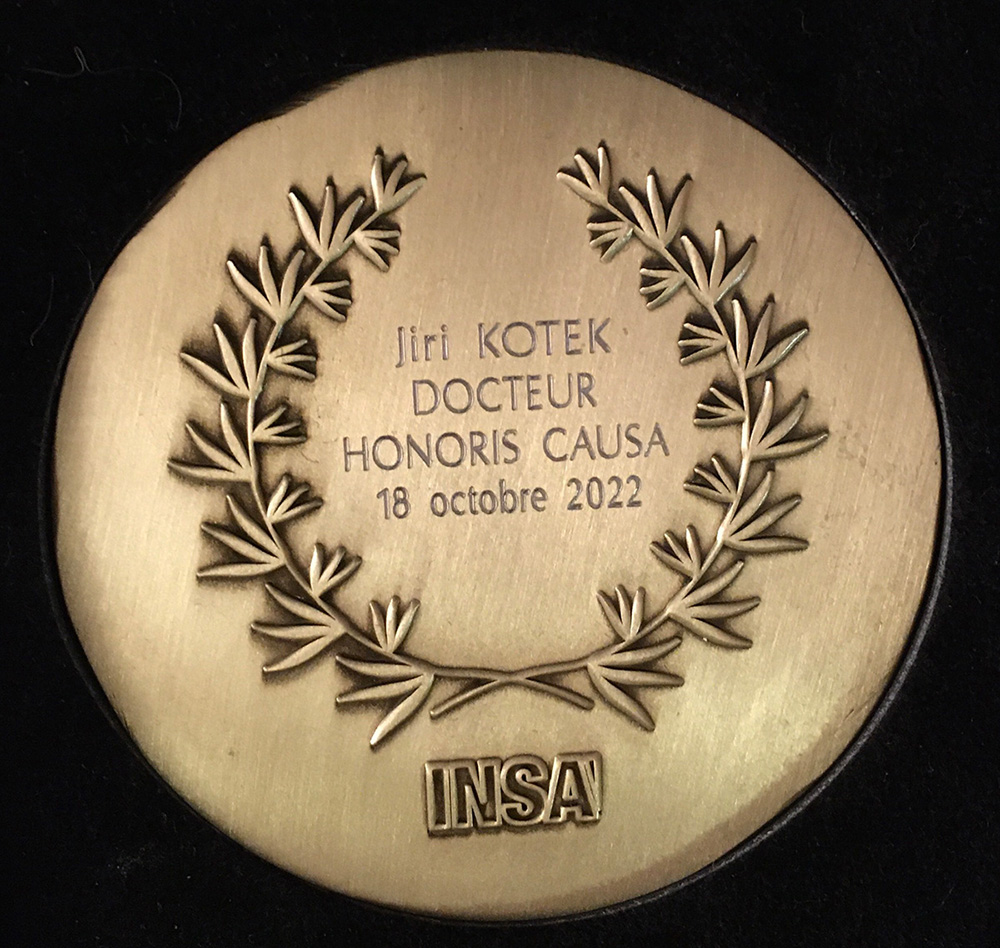 National Institute of Applied Sciences in Lyon (INSA Lyon) was founded in 1957 and is the oldest and the largest of the group of six French universities who together form the INSA technical education network. This group of universities brings together up to 80,000 graduate engineers and 5,000 PhD graduates. INSA has been closely cooperating with the Czech Academy of Sciences since 2019, when a memorandum of understanding was signed. The aim of the memorandum is to support and develop opportunities for cooperation in the field of science and education between Czech Republic and France, both between scientists and students - in the form of mutual exchange of information, knowledge and support for excellence.