Pine Cones is an exhibition of paintings from the last four years representing original interpretation of decorations of house fasades influenced by German folk art the artist encountered in Northern Bohemia. The decorative pine cones on these houses are arranged rhythmically into ornaments or patterns resembling flowers. Since 2015 the paintings have been included in group shows where the artist have also responded to the same subject by performance. This happened the first time as a reaction to a verdict by the town of Breclav not to allow a planting of a tree. The performance has a title Tree/Oak Plantation 02 and is accompanied by a sound animation with a sound of cleaning a trunk of a tree running in the background. Another dimension is an alter painting for the chapel of St. Vitus in Sinutec depicting one of the pine cone compositions.

The artist is looking for rhythms, creating paintings using the pine cone motif, which she literally builds up using geometrically powerful lines resulting in rhythmically cut pine cones, which often create a feeling of space and visual order. The painting process, referring to traditional folk art embroidery gathered together from simple elements is otherwise largely left to chance by the artist. 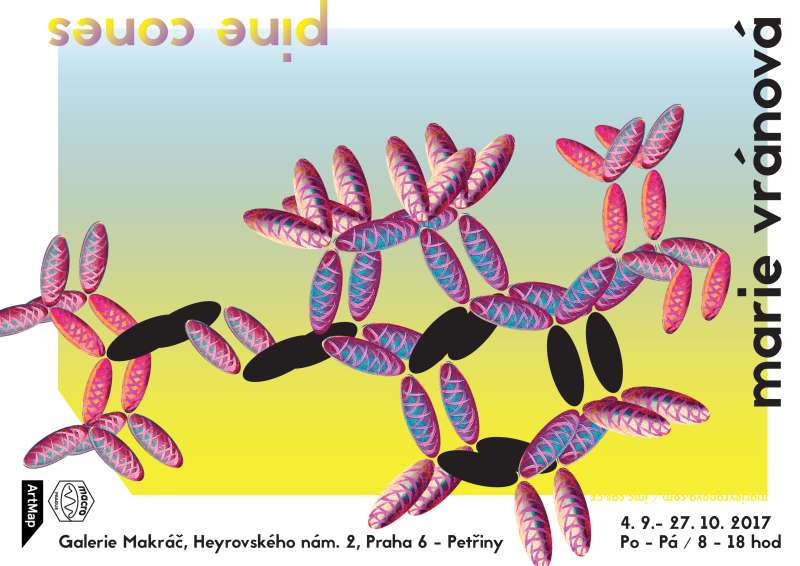 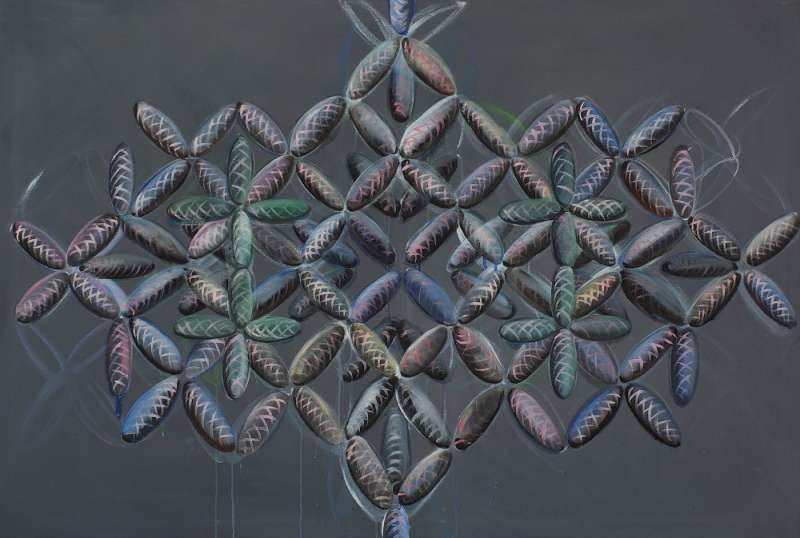