The Journal of Controlled Release has published a study describing the synthesis of the antiretroviral derivative Ritonavir and its attachment to a polymeric carrier. Researchers from the Department of Biomedical Polymers (IMC CAS) collaborated on research supported by the Grant Agency of the Czech Republic with colleagues from the Institute of Microbiology of the CAS.

Researchers have described a new polymeric drug based on the principle of "re-purposing" (the use of an already known drug, used clinically for other diagnoses). "We studied the synthesis of the antiretroviral derivative Ritonavir and its attachment to an HPMA-based polymeric carrier. We used this polymer conjugate as an antitumor drug,” explains Dr. Tomáš Etrych, head of the Department of Biomedical Polymers. The study showed that the derivative is more effective than Ritonavir. "We found that this derivative, and especially its polymeric form, has significant antitumor activity in twelve mouse and human tumor lines in vitro. It was also effective in vivo in mice with colorectal cancer (CT26), melanoma (B16F10) or tumorous heads and necks (FaDu), " describes Dr. Libor Kostka from the Department of Biomedical Polymers. 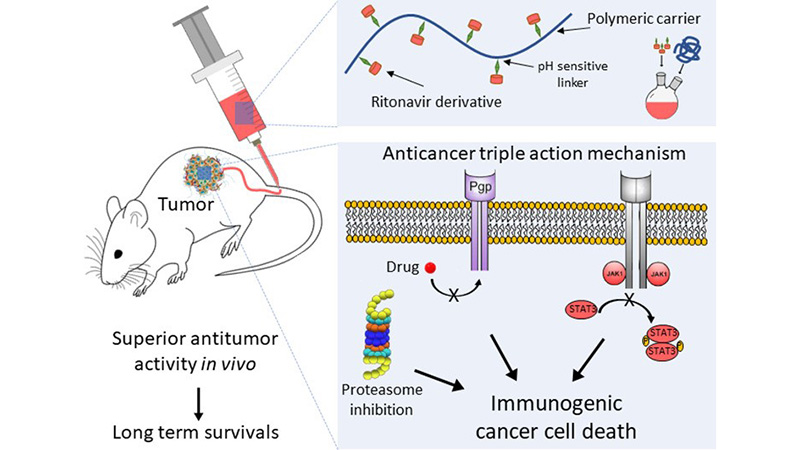