Scientists from the IMC have conducted research on macroporous conducting hydrogels by cryogelation and using dyes as template-forming agents. A new study has been published in Materials Chemistry and Physics.

The prepared macroporous conducting materials with enhanced specific surface area and mechanical strength could be used in supercapacitor applications in the near future. In the new study, researchers described a combination of two separate approaches which have been developed at the Department of Conducting Polymers (IMC CAS) over the past several years (the preparation of macroporous conducting hydrogels by cryogelation and using dyes as template-forming agents).

“We studied the combination of different morphology-defining approaches in the preparation of conducting polymers, such as dye template formation and cryogelation, for the first time. It was shown that the introduction of the dye template into conducting polymer hydrogels, prepared by cryogelation, allows significant enhancement of their tensile modulus and specific surface area,” explains Dr. Patrycja Bober, head of the Department of Conducting Polymers (IMC CAS).

The new study is the result of long-term collaboration of various departments of the Institute of Macromolecular Chemistry CAS (Vibrational Spectroscopy, Polymers for Electronics and Photonics, Polymer Particles, Polymer Processing) and researchers from University of Chemistry and Technology in Prague. 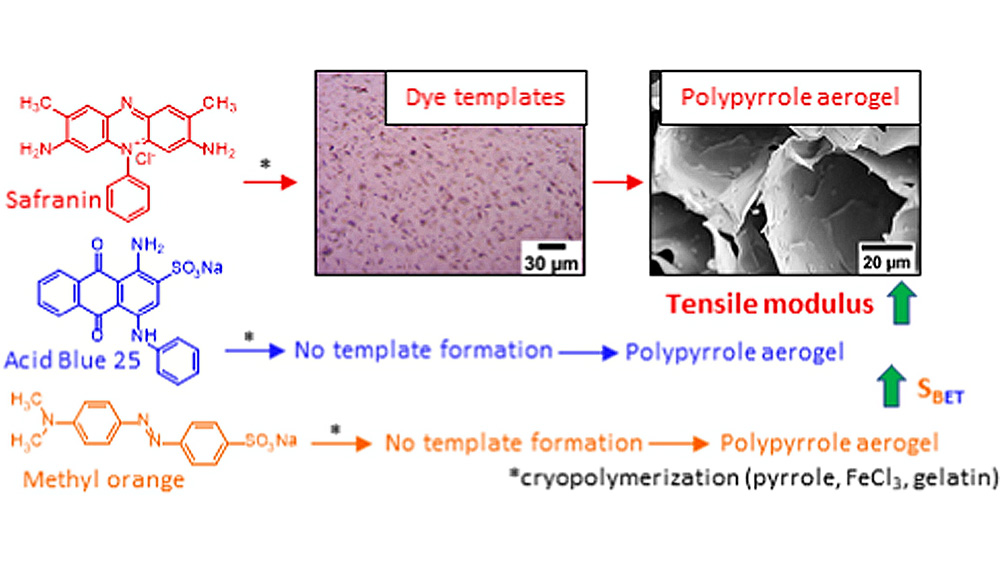