The scientific team from the Department of Polymer Processing is involved in the development of a new type of biodegradable packaging films. The latest study on the environmentally-friendly microwave synthesis of zinc oxide nanoparticle films has been published in Polymer Degradation and Stability.

The new type of biodegradable packaging film made at the IMC is more environmentally-friendly than conventional materials, mainly due to its application using microwave technology. The composition and method of production allow for rapid synthesis of the material without the addition of solvents and the need to remove unwanted by-products. "The new film has a high application potential as packaging material because it has improved vapor permeable properties due to the addition of zinc oxide nanoparticles and also a bactericidal effect against the pathogenic bacterium E. coli," describes Hynek Beneš, from the Department of Polymer Processing.

The paper on the microwave synthesis of polymer films has been published in the scientific journal Polymer Degradation and Stability. "The experimental work mentioned in this paper took us about 6 months, but the whole study is the result of several years of research," adds Dr. Sonia Bujok. The IMC team collaborated on research with colleagues from the Institute of Inorganic Chemistry of the CAS (Dr. P. Ecorchard) and with the Faculty of Food and Biochemical Technology of the Institute of Chemical Technology (Doc. M. Halecký). The team of Dr. Beneš also worked with the Department of Polymer Membranes and with the Department of Polymer Morphology of the IMC. 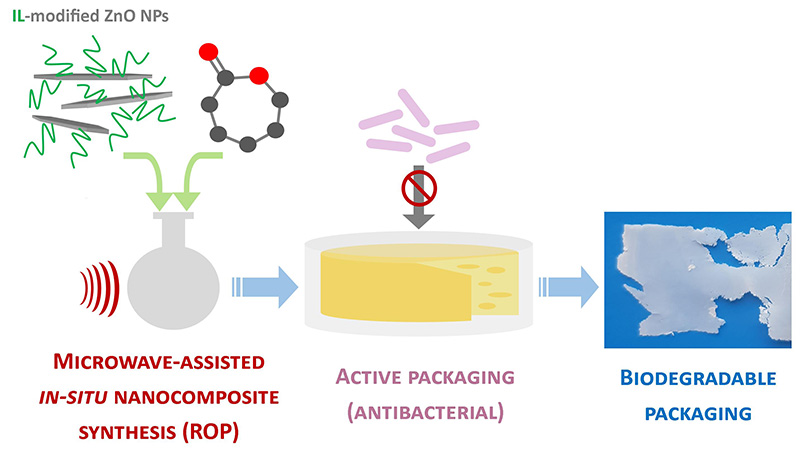