Among the most significant challenges of contemporary clinical oncology is the treatment of chemically-resistant tumors. One of the most promising treatments involves a combination of drugs with different mechanisms of action. Researchers from the Czech Academy of Sciences (CAS) have now recognized and studied in detail the anti-tumor activity of a derivative of Ritonavir, a drug initially used to treat AIDS. The new publication was published in the journal Biomacromolecules.

The significant anti-tumor activity of the Ritonavir derivative is based on blocking the P-glycoprotein pump. Researchers have designed and synthesized new polymer star-shaped conjugates, enabling the targeted transport of the drug combination into the tumor tissue, thereby significantly extending the drug's circulation time in the body without any toxic side effects. "Described star-shaped polymers enabled the binding of two different drugs to one carrier, namely the combination of the classic cytostatic drug Doxorubicin and the Ritonavir derivative. We described the mechanism of action of the polymeric drug at the cellular level and demonstrated its functionality in mouse models bearing chemically resistant tumors,” says Dr. Libor Kostka from the Department of Biomedical Polymers (Institute of Macromolecular Chemistry CAS). Scientists from the IMC ​​collaborated on this research with colleagues from the Institute of Microbiology CAS and from the Institute of Molecular Genetics CAS. 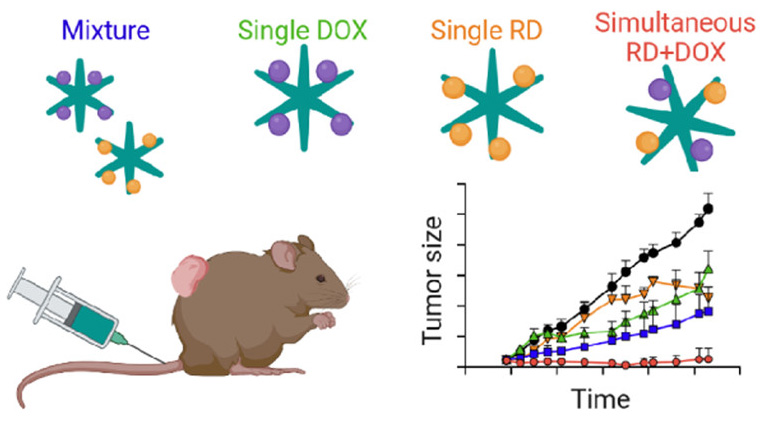